Heads, I Win – Tails, You Lose 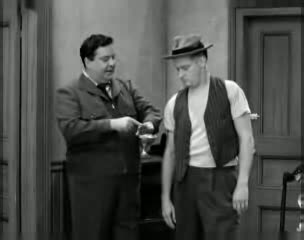 But at least in a coin-toss – there is an equal chance of winning or losing.

Taking a closer look at mutual funds, there’s one outcome that is certain – we’ll pay those expenses, loads, and fees whether we make money or lose money on the fund.  It’s the old ‘head, I win – tails, you lose’ trick.

Imagine you were selling your house. One realtor told you they would charge 6% of your home’s value whether they sold it or not. Another told you they’d charge 6% – but only if and when the house sold. Which one would you hire?

Seems like a silly question. But that’s exactly what we do when we buy mutual funds. We pay whether we win or lose.

Why would we do something so preposterous? Because we’re not offered an alternative.

And why won’t a mutual fund company charge us only based on how much they grow our money?

That’s a problem – the smaller the gain – the larger the ‘bite’ from those gains the fees consume. If a fund actually loses value – we can add those fees right on top of the loss – making them much more painful. They’d much rather charge us on the whole account balance so the number stays low, inconspicuous, and we remain oblivious to the true impact of costs.

The second reason may have to do with the fact that mutual funds know their odds of beating the market are pretty slim. By charging only a portion of gains – there would be a lot of years where they made little or nothing.

Better we should have to live with years where our money earns little or nothing rather than them having to share in the pain, I guess.

All this is to say – pay more attention to the total cost of owning a mutual fund, look for low cost alternatives, and consider ultra-low cost indexed funds – which often outperform managed funds – and are a lot cheaper to own along the way.