Investing Truths to Live By 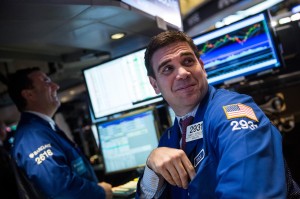 I recently ran across an article written by Morgan Housel – a columnist for the Motley Fool and the Wall Street Journal. These are some great nuggets – and worth passing on – edited only for brevity.

It has been three years since the S&P 500 has declined 10% or more. Including dividends, the index has more than doubled in the past five years. But high returns breed complacency – which makes it a great time to re-visit these often overlooked truths of investing.

2.  Most bubbles begin with a rational idea that gets taken to an irrational extreme.

3.  “I don’t know” are three of the most underused words in investing. Listening to people who say they do – will cost you a lot of money.

4.  Short-term thinking is at the root of most investing problems. Markets reward patience more than skill.

5.  Investing is overwhelmingly a game of psychology. Success has more do with your ability to resist the emotional urge to buy high and sell low.

6 . Things change quickly—and more drastically than many think. Remember, fourteen years ago, Enron was on Fortune magazine’s list of the world’s most-admired companies; Apple was a struggling niche company; Greece’s economy was booming; and the Congressional Budget Office predicted the federal government would be effectively debt-free by 2009.

7.  Three of the most important variables to consider are the valuations of stocks when you buy them, the length of time you can stay invested, and the fees you pay to brokers and money managers.

8.  There are no points awarded for difficulty.

10.  Don’t check your brokerage account once a day and your blood pressure only once a year.

11.  You should pay the most attention to the investor or advisor who talks about his or her mistakes.

12.  Change your mind when the facts change. Admit and learn from your mistakes; and ignore those who refuse to do the same.

13.  There is no such thing as either a normal economy or a normal stock market.

14.  It can be difficult to tell the difference between luck and skill in investing. Randomness guarantees that some will be wildly successful by pure chance. When you combine a market system that generates randomness with a belief that your actions reflect your intelligence, you get misleading results.

15.  You are only diversified if some of your investments are performing worse than others.

Not truths you hear every day – but great nonetheless.