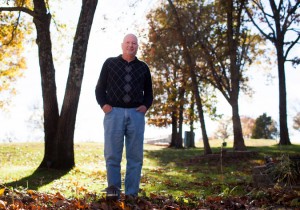 As I speak with groups, I’m continually amazed by 401k plan participants who will argue – often vociferously – that they pay nothing to participate in the company plan.

Perhaps I shouldn’t be amazed. Like millions of others, Ron Tussey had been told by his employer – ABB, Inc. – that his company 401k plan was free. He “assumed the company was looking out for my best interest.”

After 37 years Ron retired 11 years ago. Then he saw a television program on the impact fees can have on 401k plans. He hired a lawyer who filed a class action suit – and it was “game on.”

Tussey – whether he set out to do so or not – became a crusader of sorts. The suit became a landmark case. After more than 6 years, Tussy and friends have been awarded a $37 million judgment, but just like in the movies – they’ve received nary a dime due to appeals, stall tactics, etc.

At 70 now – and having spent 6 years of his retirement in a court of law rather than a shuffleboard court – the lawyers may end up out-lasting him.

To date, more than 30 such suits have been filed – mostly against large employers (deep pockets). But they’re complicated, and legal maneuvering has left employers largely unscathed.

At the heart of the suits are a raft of obscure fees and services that few employees will be able to discern. Costs like record-keeping, administration and fund management eventually become part of an ‘expense ratio’ that is deducted from plan assets – meaning yours!

New requirements that went into effect last year are supposed to reveal fees to plan participants, but they’re obscure, hard to discern, and don’t include everything. Even if you are acutely attentive to financial details or can fathom the arcane language of annual plan statements like 5500 forms, this is tough.

Websites like www.britescope.com can be helpful. Personal Capital has a free 401(k) Fee Analyzer that will also do the trick.

The good news in all this is that fees are coming down as a result of disclosure requirements, and lawsuits like Ron Tussey’s. Also, in October, the Supreme Court agreed to hear a 401(k) fee case for the first time. If the court rules in favor of employees, the floodgates could open for more retirement plan lawsuits.

In the meantime – if you’ve followed me long – you know I often rail on the impact of fees on retirement accounts and retirement income. So become aware – educate yourself – and look for ways to save and invest that subject your money to the lowest fee drain possible.