The WMD’s of Investing 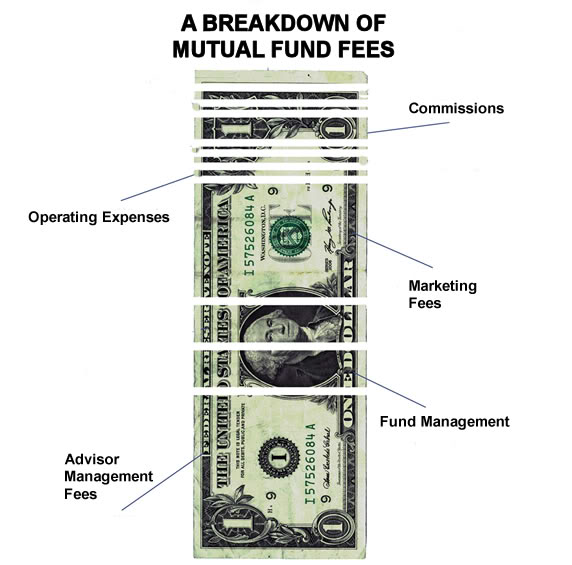 Participants in 401k plans often tell me they pay no fees in those plans. So – they conclude – all my rants about the impact of fees on wealth don’t apply to them.

Most of those 401ks are chock full of mutual funds – and mutual funds may be the most expensive investment vehicles out there.

“The following summarizes the average quantifiable costs. Advisor and soft dollar costs are excluded due to the difficulty of quantifying them – but must be part of an accurate depiction of total costs.”

In a separate article, CNBC attempts to quantity those soft-dollar costs – and concludes the following:

“This may not sound like much money, but these fees add up to more than 50 basis points or 0.58 percent of your assets each year, on average.”

Add this to the Forbes “hard cost” figures above, and the typical 401k participant is paying 3.75% of the earnings potential of their money each year. So if a mutual fund gains 7.5% before fees – they end up with just 3.75% after fees.  No wonder 80% of mutual funds don’t outperform their benchmark index.
But the news is worse for 401k owners. Because some 30-40% of the money in your 401k isn’t yours (it already belongs to Uncle Sam – you’re just the temporary custodian of his money), so you’re paying that 3.75% on his share!  That means the 401k owner is really paying between 4.4% and 6.25%, making it nearly impossible to get ahead – even in decent years.  In bad years, the drain compounds losses and puts enormous pressure on growth just to make up the difference.

Fees are killing the 401k – yet millions of Americans pour billions more into them each year. Find out how to stop the madness and put most – if not all that 3.75% each year – back into your own pocket.