What Your Kids think about Money and Investing 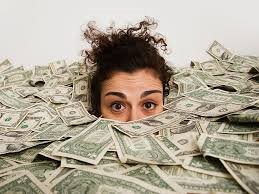 Even affluent millennials hold 52 percent of their money in cash and 28 percent in stocks, compared with 23 percent and 46 percent respectively, for older people.

Their attitude is part laziness (they don’t research their options), part financial ignorance (who teaches our young folks about money), and part Wall Street malfeasance with a dash of financial complexity thrown in.

One millennial summarized it this way, “It’s almost as if I’d rather die in poverty than figure out which investment options in my 401k will shaft me the least.”

Wow. Have we done that poor a job teaching our kids about money – and have our institutions become so corrupt as to infuse their world view with such cynicism?

Parents: talk about money, and investing, and risk, and your fears with your kids. Our “money-conversation-reluctance” has contributed to the problem.

They’ll be fascinated and feel included. They’ll ask questions. They’ll see you in a different light – and your relationship will be blessed as a result.

Financial Professionals: Knock it off with your P.T. Barnum sales tactics and product brochures that have more disclaimers than real information.

Develop the heart of a teacher – and teach. Don’t tell them what to believe. They’ll figure it out on their own.

Stop talking to them like “prospects” and start talking with them as the intelligent, thinking adults they are. They’ll become your customers if you seek first, to teach.

Millennials: Suck it up – get your head out of the sand – get the information you need, and get into the game. There’s no tooth fairy; the government’s not going to be there for you; and unfortunately, we “old-farts” have done a pretty good job raiding your piggy bank already.

It’s going to be up to you. Hold us accountable as instruments of your enlightenment – and rely on your own intelligence to sort the truth from the B.S.

Share on FacebookShare on TwitterShare on Google+Share on Linkedin