Why are Home Prices So Slow to Recover? 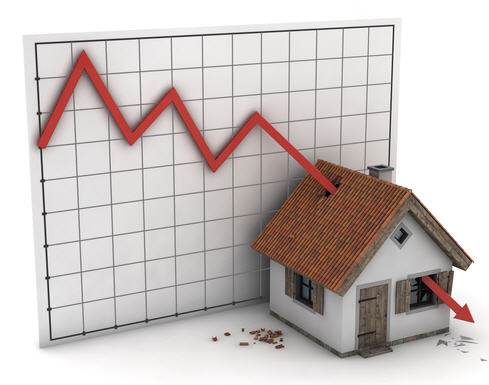 ted the cardinal sin of arguing with a client recently over what happened in the housing bubble of 2008.  He owns a number of rental properties, and insists that greedy banks caused the mortgage collapse by writing bad loans.  My take is a bit different – okay – a lot different.

The “greedy banker” explanation requires us to believe that beginning in the mid-2000’s, bankers either forgot how to properly underwrite a loan – or competition was so intense that once one bank lowered their lending standards – all followed out of fear.

What happened was that years earlier – Congress – in an attempt to artificially make home ownership more accessible to more people, “forced” their quasi-government agencies – Fannie Mae and Freddie Mac – to lower their lending standards.

Once the commercial banks learned that they could package and resell mortgages back to Fannie Mae and Freddie Mac – at the new – lower qualification standards – they naturally took advantage of the opportunity, shifting the default risk onto Fannie and Freddie.

That’s what caused the collapse.  It was a government created bubble that burst.  Congress blamed the banks – and many Americans bought the finger pointing hook, line, and sinker.

The real question is why – now six years later – have home prices not rebounded more in many parts of the country?  The answer lies in the law of supply and demand.

Nearly 40% of mortgages were sub-prime in 2008.  Many of those buyers were forced out of the market when lending standards once again resumed a level of reasonable prudence.  Fewer qualified buyers means lower demand.  At the same time, foreclosures created artificially high supply.  When a market is characterized by an over-supply of something – and a depressed demand – prices fall – and remain there until supply and demand resume equilibrium.

Making the problem worse – today’s 20 and 30-somethings – the very people who buy starter homes, are so saddled with student loan debt, many cannot qualify for a mortgage.  Without inventory turn at the lower end of the housing market – the higher strata of the housing market can’t move either.

Things will get better – slowly.  But the lesson should be – regardless of your politics – let’s keep our government officials out of the business of artificially manipulating markets – no matter how good, worthy, or justified the cause.